The first official meeting of the major Karate exponents held in Naha on 25 October 1936 was to spread the Okinawan martial art throughout the Japanese nation. From left behind: Shimpan Gusukuma, Tsuyoshi Chitose, Chōshin Chibana and journalist Genwa Nakasone. From left front: Chōtoku Kyan, Kentsu Yabu, Chōmo Hanashiro and Chōjun Miyagi.

The term Uchina 沖縄 corresponds to the hogen idiom in Okinawa, while ti or di 手 means “hand” as a fighting technique. In general, this name summarizes all the martial arts that evolved on the island: Tegumi, Karate and Kobudo, respectively wrestling, a technique that favors percussion and technique with traditional weapons.

Regarding Karate (Empty Hand), before this name was officially recognized (1936), the terms Shuri-te, Tomari-te and Naha-te (1927) were used for a short time, although Tode (Chinese Hand intended as homonym technique of the Chinese dynasty) was already used from the end of the 18th century. Beyond any disquisition, the Uchinadi denomination is often used in the West to differentiate the styles of Karate born in Okinawa rather than those created in central Japan or elsewhere.

Regarding the formation of Okinawan Karate, many people claim that its modern evolution is mainly due to the influence of Shuri and Naha, the most aristocratic traditions of Okinawa. The Shuri technique (Shuri-te), was born in the villages located in the area of ​​the castle with the same name, seat of the sovereign and of the government of the ancient Kingdom of the Ryukyu, while the Naha technique (Naha-te) was born in the city ​​of Naha, a large commercial center that incorporated the ancient Chinese village of Kume. However – from a historical and technical point of view – it would be more correct to affirm that, without the contribution of the humble harbor village of Tomari (Tomari-te) situated on the military road that connected the areas of Shuri and Tomari, Karate could not have evolved into the reality we know today. 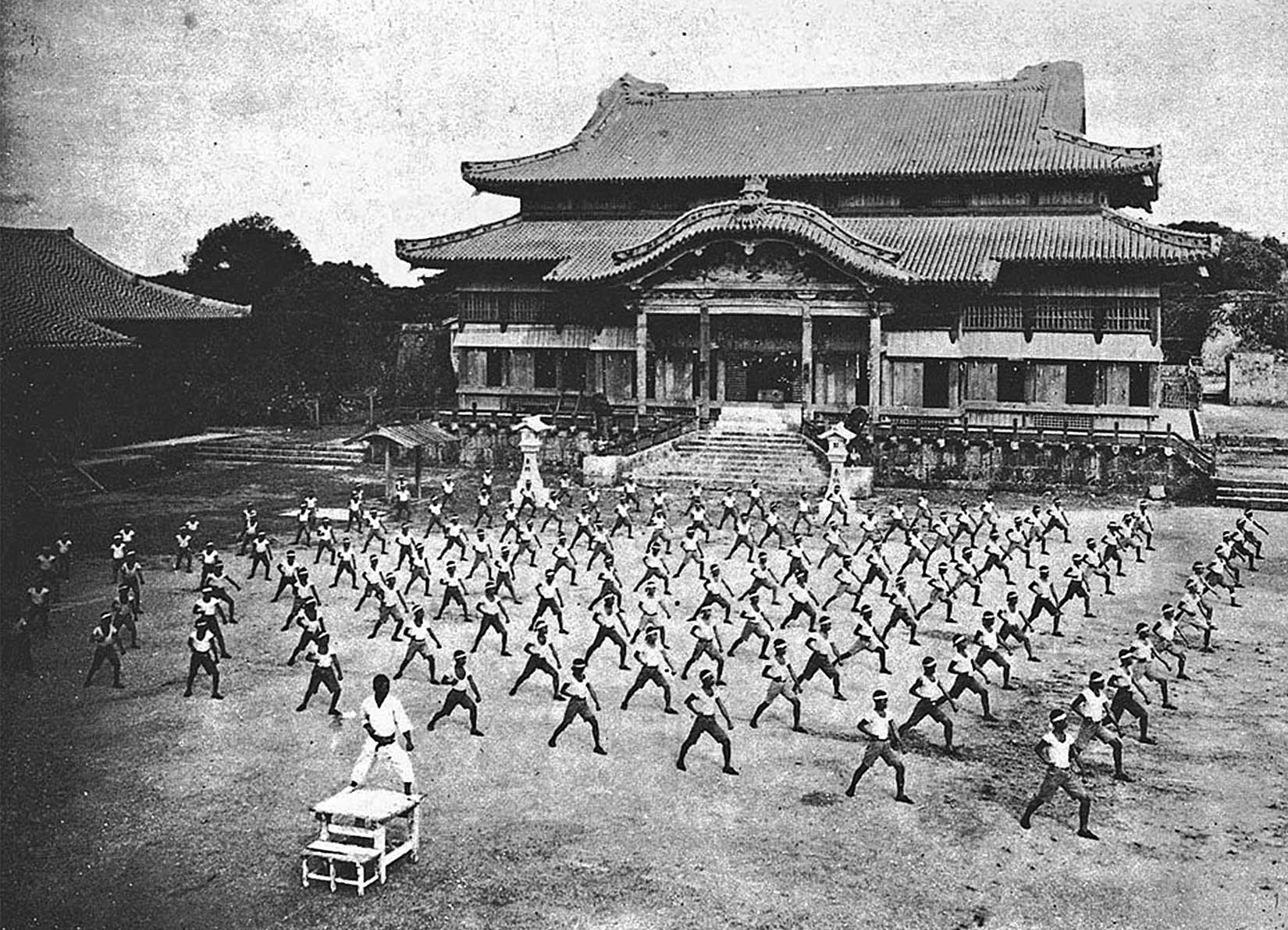 To document this fact it must be remembered that, before 1850, Shuri-te possessed only the Kusanku (Kanku), Naihanchi (Tekki), Gojushiho and Passai (Bassai) kata. Kusanku arrived in Okinawa during the diplomatic mission of 1756, Naihanchi in 1838 and Gojushiho in 1866, while Passai was learned in Fuzhou during the 1700s. Thanks to the nobles Yara Lidao of Chatan (Chatan Yara) and Kanga Teruya of Shuri (Tode Sakugawa) these four forms also became incorporated in the Tomari-te within a few years. Furthermore, Tomari obtained the Wanshu (Enpi) kata during the diplomatic mission of 1838. The ancient Naha-te, on the other hand, which anciently collected many forms that are now lost, possessed the Sanchin, Seisan (Hangetsu) and Sanseru kata absorbed by Fuzhou between the ‘600s and the ‘700s. Furthermore, although present from an earlier date, the Naihanchi kata was officially reintroduced to Naha in 1838, but less than a century later it was abandoned as a matter of honor.

The big change occurred in the mid-‘800s following the arrival of a mysterious person in Okinawa. Regarding this fact, Gichin Funakoshi obtained from his teacher Anko Azato a revelation that he published in the newspaper Ryukyu Shinpo in January 1914. In it, the future founder of the Shotokan dojo reported verbatim: “A Chinese from Fujian from Ahnan who was shipwrecked in Okinawa taught (the katas) Chinto (Gankaku) to Gusukuma and Kanagusuku of Tomari. The same Chinese from Fujian also taught Chinte to Matsumora and Oyadomari, while Yamazato learned Jiin and Nakazato taught Jitte. As he was so eager to return home to China, the teacher of Ahnan taught various kata to different people”. Part of this text also appears in subsequent Funakoshi books, including the statement that “the legacy of Matsumura (Shuri-te) was taken up by Azato Anko and that of Gusukuma (Tomari-te) by Itosu Anko”.

What is still hard to understand in Okinawa today is how the Channan (from which the first four Pinans or Heians come), Rohai (from which the three versions Rohai and Meikyo come), Wankan, Anan and other forms arrived. It is certain, however, that Anko Itosu used both Shuri and Tomari’s curriculum to generate new kata which he incorporated into a simplified system called Shorin-ryu which he later introduced into the Okinawa public school. His cousin Kanryo Higaonna did the same thing with Shorei-ryu combining Naha’s curriculum with other forms (Saifa, Seyunchin, Seipai, Kururunfa and other lesser-known ones) which he imported from Fuzhou. 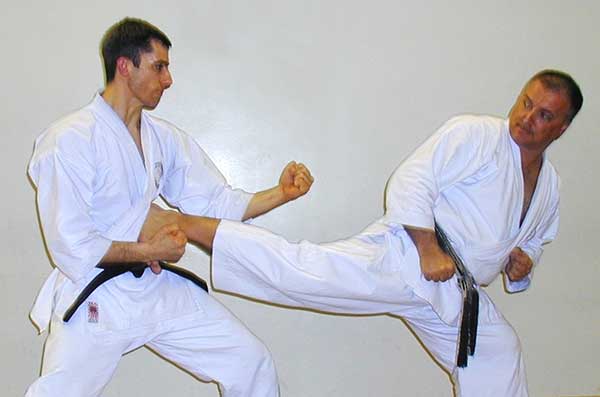 Within the Ahnan Tomari-te Karate-do Organization, the Uchinadi curriculum focuses on two lineages that come from the villages of Shuri and Tomari and secondly from the areas of Chatan and Nago. Regarding the two main ones, one comes from Hanshi Takayoshi Nagamine, son of Hanshi Soshin (Shodai Soke of Matsubayashi-ryu), and the other from Hanshi Paolo Bolaffio (Shodai Soke of the MakotoKai school). As many know, Hanshi S. Nagamine learned Karate from Ankichi Arakaki, Chotoku Kyan, Choki Motobu and Kodatsu Iha. Hanshi P. Bolaffio, on the other hand, learned Okinawan Karate from hidden bushi Sujino Kinjo of Chiba, an expert in kata bunkai belonging to both Shorin and Shorei ryuha. 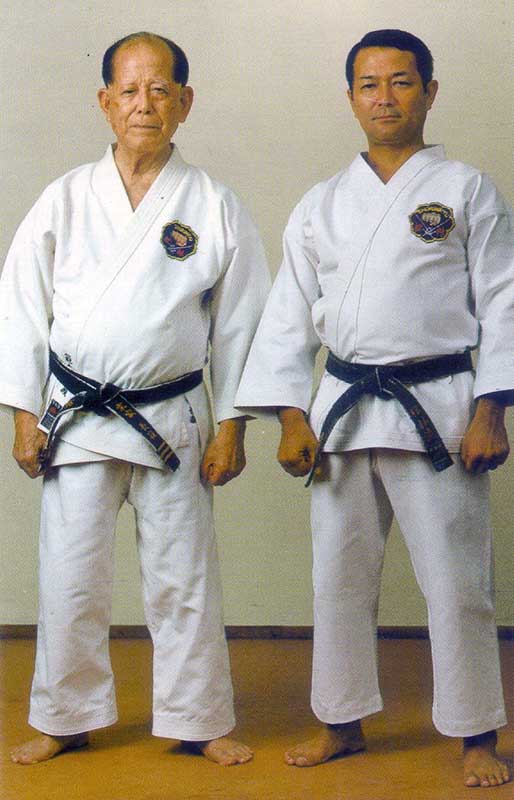