The term Ahnan 安南 coincides with the northern region of Vietnam, the birthplace of a Chinese who arrived in Okinawa in the mid-19th century who transmitted the basics of his martial art to some natives of the island. His martial learning comes from a district of Fuzhou, capital of the current Chinese province of Fujian and international port which, during the Ming and Qing dynasties (1368-1912) constituted the only gateway to China that allowed for mercantile trading for all tax states resident in Southeast Asia. Here in Fuzhou there was the site of a martial arts school called Liu Long Gong (Ryu Ru Ko in the Okinawan idiom) while, as already stated, Tomari-te泊手 was the fighting technique of the small harbor village of Tomari located in the current Japanese prefecture of Okinawa, then a small vassal state of China known as the Ryukyu Kingdom. The union of these two names – concepts that coincide with the name of our organization and which give the name to our more advanced curriculum – means keeping this connection between Taoist China and Okinawa alive to honor the origin of our knowledge.

The origins of the method we call Ahnan Tomari-te are very ancient and can be traced back to the 6th century BC. It was a “family art”, which means that it was primarily passed down from father to son, although there were exceptions to this. In more recent times (19th – 20th centuries), it was also referred to as a “wanderer art”. This meant that the practitioners often moved around a lot and that there were no large public schools that openly taught the art. In fact, most practitioners were not professional martial arts teachers. They worked in a variety of fields, but many of them were known to provide bodyguard services either to royalty or to traveling merchants. There was also no “official name” for the art, so individual practitioners referred to it by different names at different times.

The original and complete systemis based almost entirely on Taoist philosophies and ideas. Unlike many other Chinese arts, it has no connections to the Shaolin Temple, and is not considered to be a Shaolin-derived art. The past practitioners of the art had a tendency to acquire portions of other martial arts and to then incorporate them into their own style. Because of this, the art has been described by some as “eclectic”. In modern terms, some have also referred to it as a “mixed martial art”, but this isn’t entirely correct. The key difference is that the mixture happened slowly over a long period of time, and not by a single person. In fact each acquired portion was evaluated and, if necessary, modified, to fit into the existing curriculum and structure of the art. Because of the slow evolution and careful planning, the art maintained the cohesiveness and consistency found in other more “pure” styles. In addition to this, masters in the art also created their own original forms to fit within the framework of the style.

Returning to the origins of Karate, a first connection between Fuzhou and the Okinawan natives was established in 1392, when many Chinese families specializing in shipbuilding received an invitation from the Chinese emperor to move to the Kume area in Okinawa to build the colony with the same name there. Thus, in the following centuries, one of the most popular places in Fuzhou – first for the Chinese families that moved to Okinawa, like the Kojo, and then by the aristocrats of the island – was the Liu Long Gong school of Fuzhou.

It is from this place that, in 1853, the mysterious “castaway” of Funakoshi, sometimes remembered as a sailor or a pirate, left for Okinawa. Although called Ahnan, Channan or Chinto, his name was Leung Wong Chiu (ca 1830-1935) and he was a Taoist monk who left for a secret pilgrimage lasting seven years, in accordance with his teacher, during which he had to live and train on his own as part of his maturation in martial arts before returning to Fuzhou. 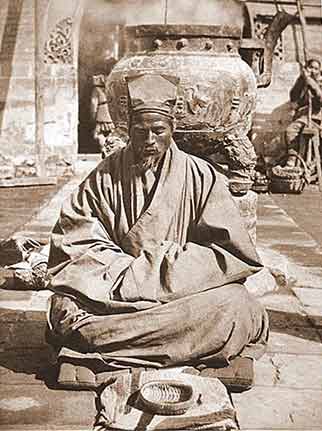 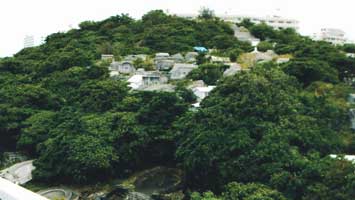 Hill with the cave of Ahnan in Tomari, Okinawa

This identification problem is due to the discretion used during his pilgrimage in response to the control exercised by the Satsuma samurai on all the suspected foreigners who entertained themselves on the island of Okinawa. Thanks to the legend of the shipwreck that was probably invented as a subterfuge by his own students, the young monk was able to continue his mission undisturbed.

At first, the monk found refuge in a cave located in the current monumental cemetery on the hills near the village of Tomari. He was then welcomed by the noble Kishin Teruya and his students, to whom he taught the basics of his own Quanfa system, in exchange for food and assistance.

Like many martial artists, the monk Leung was determined to teach what he knew so, being of Taoist faith, he took the path of least resistance and modified his art in such a way as to make it more similar to the harsh external styles to which the Okinawans were accustomed. In this way, he was able to perform the task required to validate his social position within the school of which he later became the Grand Master (Sigung) and at the same time to work, helping the evolution of a small group of people, whose leaders were – according to Soshin Nagamine – the “great three of Tomari”, Kokan Oyadamuri (Oyadomari), Kosaku Machimora (Matsumora) and Gikei Matse or Matsoe (Yamada). To this group, Leung taught 15 forms including Unuibu (Eunibu), Chinsu, Chinpe, Rohai,Passai, Wanduan, Wanshu, Juma, Jumu and Nichin.

After his departure, in various ways, the monk remained in contact with some of his students from Okinawa who, over time, transmitted part of what they had learned to their respective students. Among them, the most skilled were Anko Itosu, Shinkichi Kuniyoshi, Kanryo Higaonna, Choyu Motobu, Choki Motobu and Chotoku Kyan, who created new kata or applications that today belong to the curriculum of many modern Karate styles. 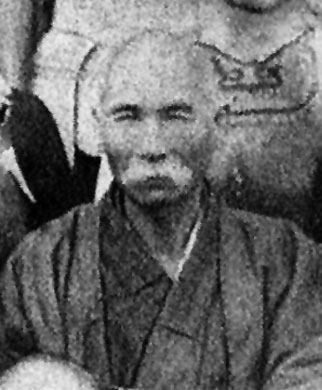 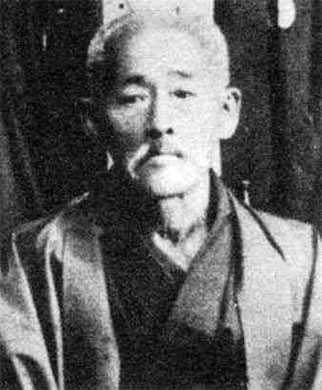 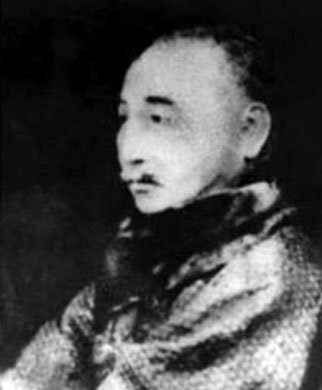 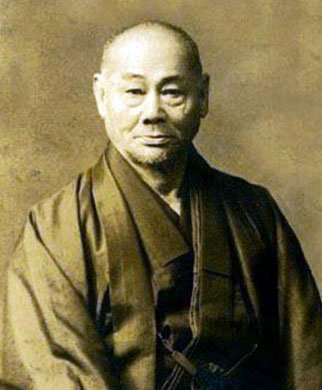 In those difficult years in which the growing imperial and colonialist aggressiveness of the Western powers had brought China first to the two Opium Wars (1839-1842 and 1856-1860), then to the Boxer Rebellion (1899-1901) and finally to the fall of the Qing dynasty (1912), the heir chosen by the monk Leung was born from the relationship between his daughter and a native of Okinawa. His family remembers him with the Japanese name Matsuetsu Kushubi and with the Chinese name Zhu Guang Peng (c. 1885-1978), but he also had other names.

This young man was trained in Karate first by his father and later by other teachers, including Anko Itosu and Kanryo Higaonna. Then, in 1915, the same year in which the two famous teachers died, he decided to move to Fuzhou, to learn Chinese art that was the root of his learning. Here, Kushubi/Peng was introduced to the family art before by his uncle and after by the grandmaster, grandfather Leung, who chose him as his successor because of his skills. In this period of political instability in which the civil war (1923-1949) between the Nationalist Party and the Communist Party was beginning, the school moved temporarily to Taiwan. It is at this time that Elder Leung died, just before the second and most violent Japanese aggression in China (1937-1945).

In late 1937, the mature Peng was involved in the Nanjing massacre where his pregnant wife was killed by the invaders and he himself was locked up in a foreign concentration camp run by the Swiss. In this place, Sigung Peng met an American, who soon became his friend and student.

Because of the conflict that had devastated both China and Okinawa, this person rejoined the monk Peng and invited him to the USA. It was 1954 when Sigung Peng moved to the greater Chinatown of North America, and decided to teach Okinawan martial art along with that of his Chinese family as a complete system to a group of Chinese and Westerners selected students in his large house used as a clinic and dojo (in Chinese guan or kwoon) in Los Angeles’s Chinatown. Here he transmitted his last teachings together with the “lost” kata of Tomari-te until his death in 1978. 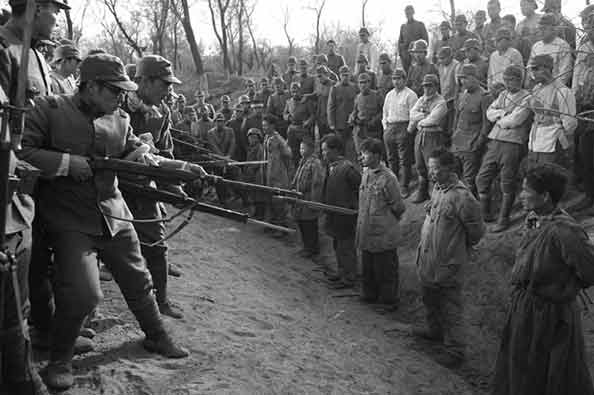 Although many Karate schools have forgotten it, the basic reasons why the connection between the Fuzhou Masters and the Okinawan experts was permanently interrupted were (first) because the Ryukyu Kingdom was engulfed by the culture of modern Japan, transforming it in the modern prefecture of Okinawa and (later) because of the two wars unleashed by the Japanese in China between 1895-1896 and 1937-1945. After these facts, modern Karate has been involved in an unprecedented sporting evolution that has led it to be the most widespread Japanese martial art in the world, but at the same time deprived it of its ancient identity and therefore of the deepest knowledge.

Today, following extensive research and several deepening journeys carried out by Massimo Braglia, the basics of the Ahnan Tomari-te, the highest martial arts program of ATKO, have finally been introduced in Europe.

After a long period of seminars held in Italy and Belgium in which he carried out many experiments, Massimo founded the Ahnan Tomari-te Karate-do Organization in which he holds the role of international technical director and established the headquarters of the homonymous academy in Carpi (MO) where he resides.

In the course of his lectures and seminars, M. Braglia continually states that the curriculum of the Ahnan Tomari-te system coincides with the roots of the Okinawan martial art, that the Uchinadi is equivalent to its imposing trunk and the Shotokan is more similar to a majestic branch of the same magnificent tree.